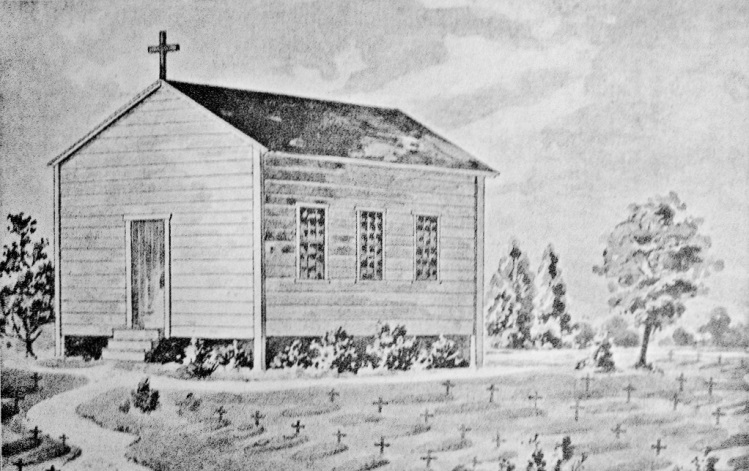 29 – Bishop Edward D. Fenwick established St. Francis Xavier Seminary on Sycamore Street in Cincinnati. With four seminarians and six preparatory students studying Latin, classes began in the simple frame building that had been the first Catholic parish founded in the city. (image to the right – The seminary’s first home, the former Christ Church)

1831 – The Athenaeum, located next to the seminary, was formed for the education of lay students.  As a school of liberal arts, the Athenaeum attracted a majority Protestant enrollment in its first year, but as the number of Catholics in the city increased, its enrollment became predominately Catholics.

1839 – St. Francis Xavier Seminary moved east to Brown County, Ohio, where it was staffed by diocesan priests and later the Vincentian Fathers. The location proved difficult, and after a few years, and the seminary was moved back to Cincinnati.

1840 – The Society of Jesus was invited to assume the leadership of the Athenaeum. The Jesuits who staffed the school renamed it St. Xavier College. It developed a six-year program of study that resulted in the eventual formation of two independent schools: St. Xavier High School and Xavier University. 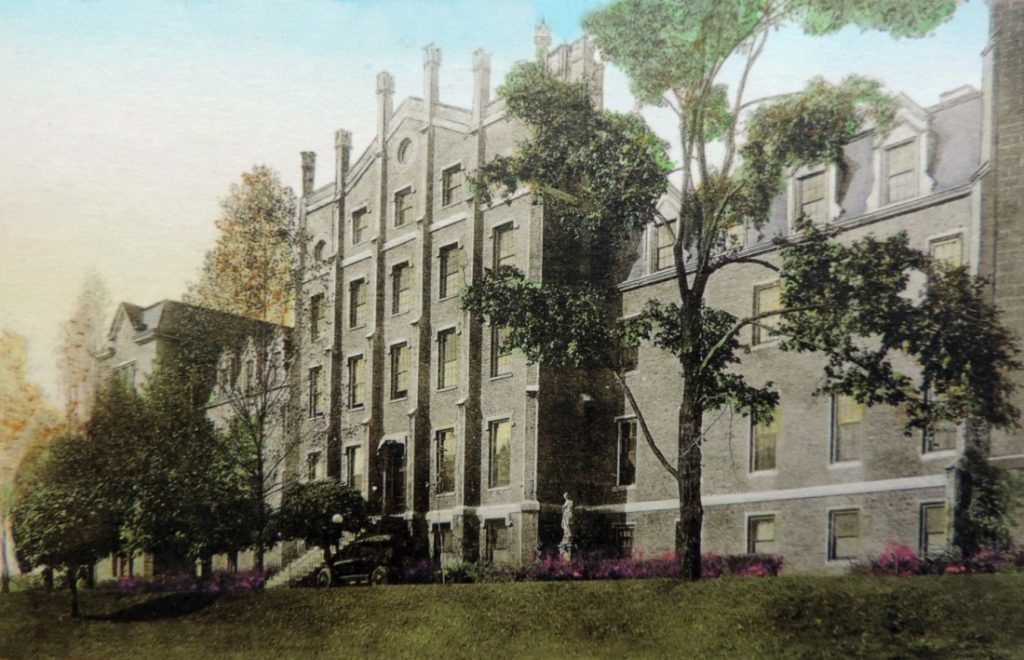 1890 – St. Gregory Seminary was founded as a preparatory seminary for high school and college-aged students. A new campus in Mount Washington was selected. Fenwick Hall opened the following year with 70 students in residence. It remained as the minor seminary until Mount St. Mary’s moved from Price Hill in 1904. 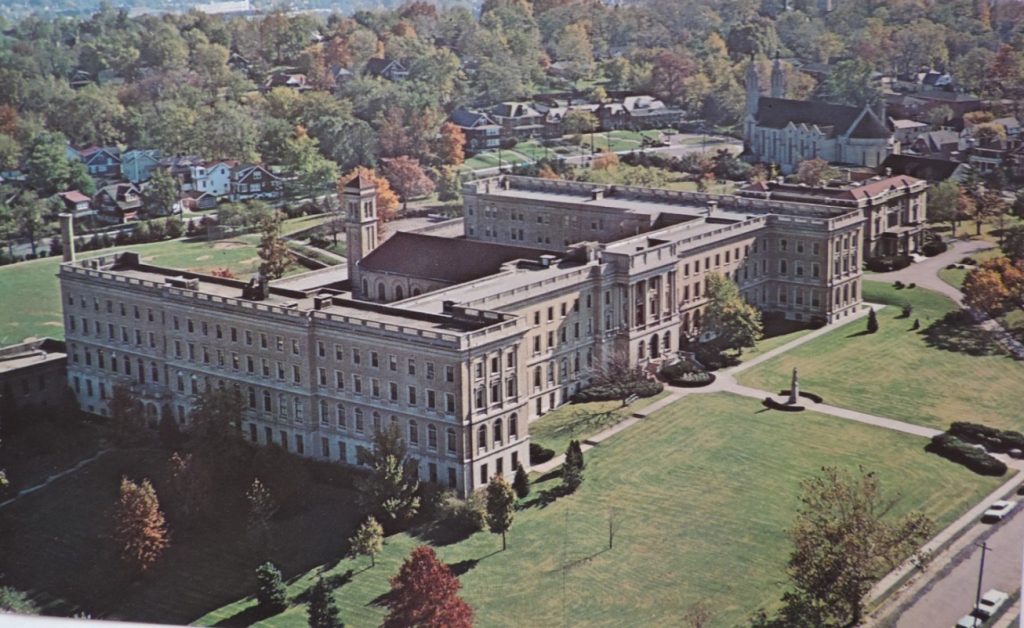 1956 – A fire on Holy Saturday morning destroyed the south wing of the Fenwick building. The college students were relocated to other seminaries for the remainder of the year. To replace the wing, a new structure (today’s Bartlett Pastoral Center) was built as a temporary kitchen and refectory (and later utilized as a library). (image below – Remnants of the south wing after the fire) 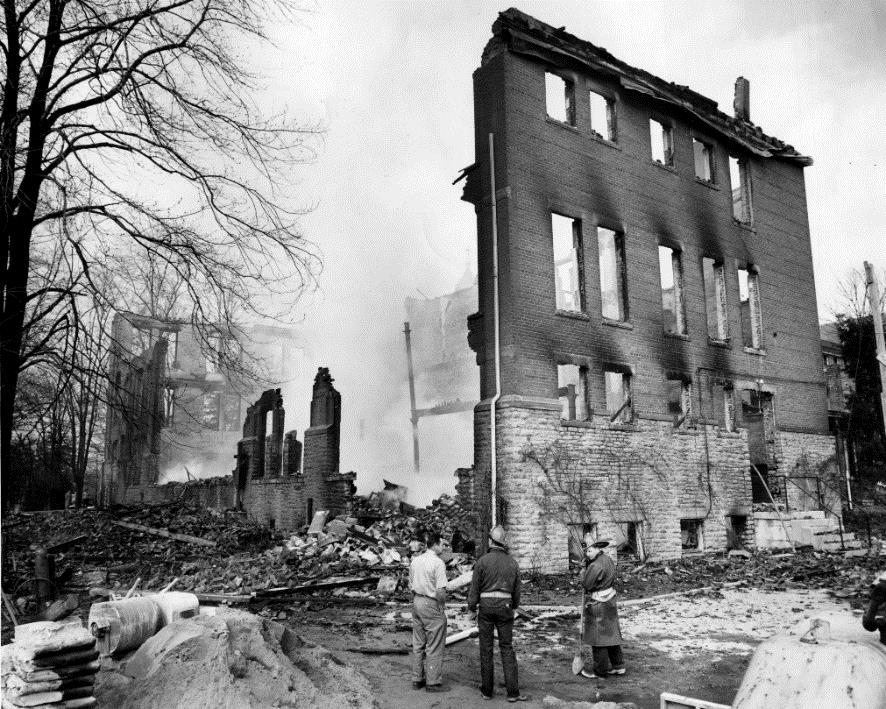 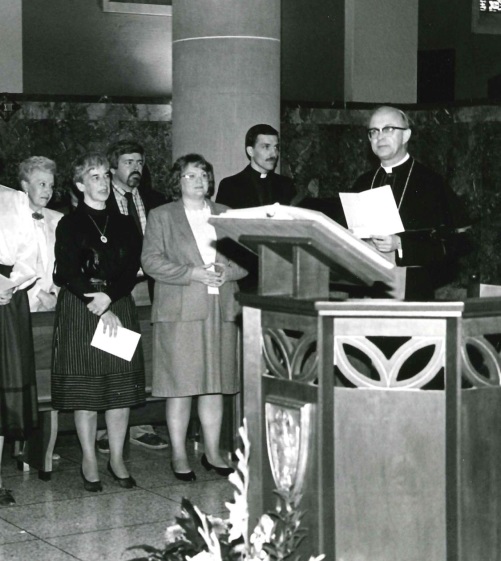 2018 – Seminary enrollment reaches 95, the highest number in 40 years, exceeding the capacity of the main building. 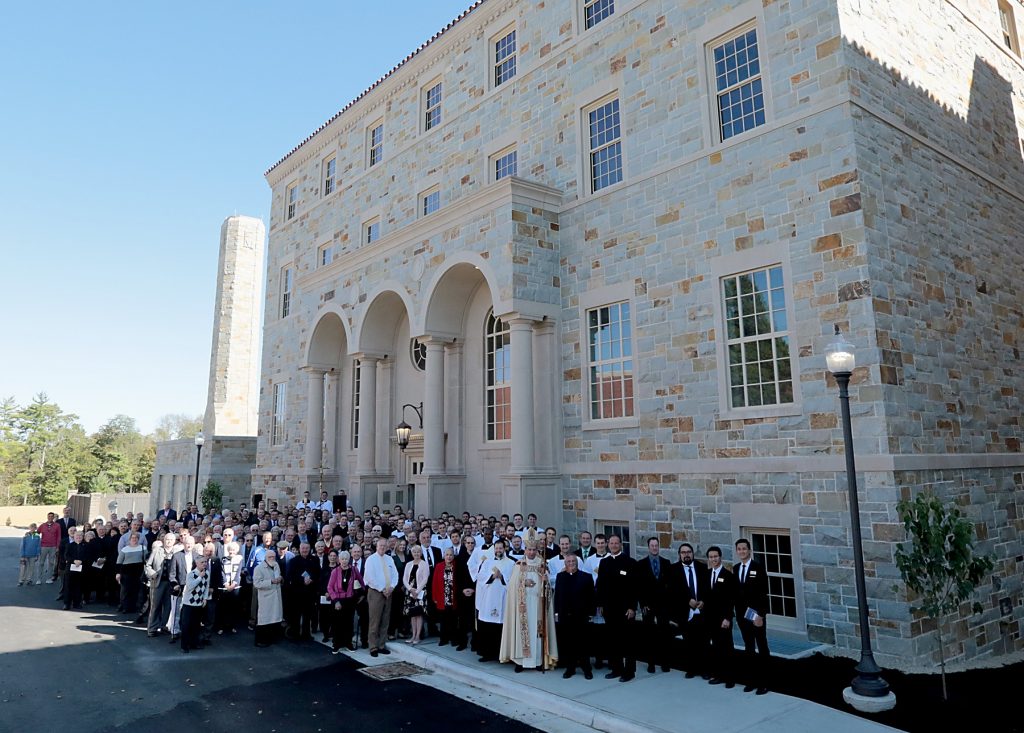 2019 – A new residence for seminarians, Fenwick Hall, is dedicated. (image  to the left- Gracious benefactors, faculty, staff, students and friends gather for the dedication of Fenwick Hall)